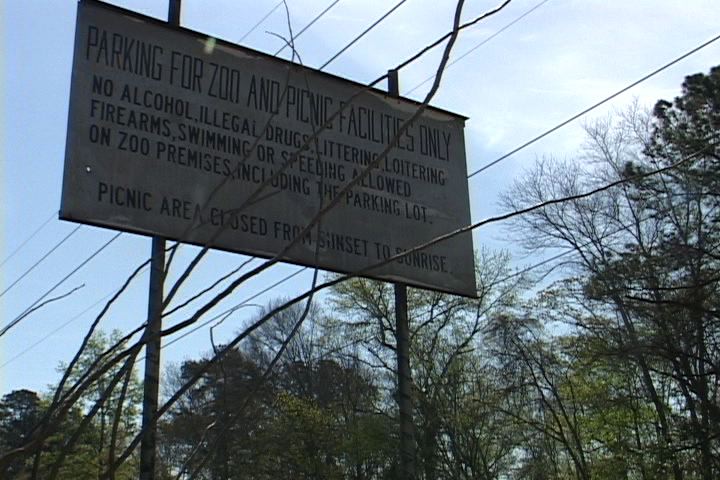 Signs warn parking is only for Zoo guests.

The levels may be rising along the Saluda river, but so is the parking problem at Riverbanks Zoo.

Zoo officials are trying to control the people parking in its lot to party on the banks of the Saluda river nearby.  The river banks are a popular spot to hangout and the Zoo lot is the closest spot to park.

Zoo officials, however, say there have been problems with speeding and accidents as well as cars being left overnight.  Officials also say people are breaking into the Zoo grounds at night and the party goers' leave large amounts of trash on the river's bank.

A fence has been placed around the Zoo's border and parking lot and zoo officials are looking into getting more police patrols in the area.