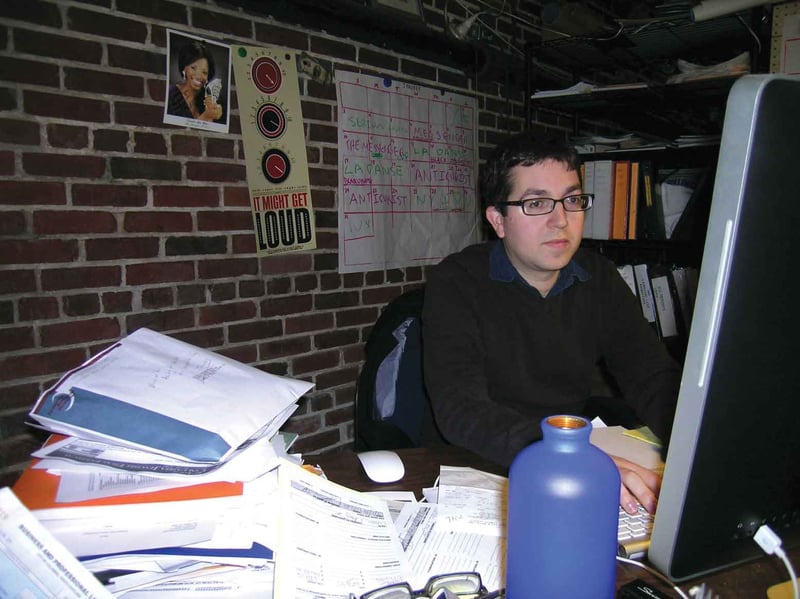 In the red brick-walled basement of the Nickelodeon Theatre, Andy Smith is not thinking about a Southern food staple.

Instead, Smith, executive director of the Indie Grits Film Festival and associate director of Nickelodeon Theatre, is looking for independently produced and gritty films to feature in the festival, held April 14 through April 18.

These films should revel in "Indie-ness," according to the festival's blog, meaning they possess the offbeat themes and unusual subjects characteristic of independent films. Such movies often explore matters rarely considered marketable in Hollywood.

After reviewing prospects for months, Smith and the Indie Grits board chose 56 films to feature in this month's festival. The festival line-up includes a documentary on American jihadists from Savannah, Ga.; Ross Mackenzie's "Redemption on the West Texas Barbecue Trail," a film from Austin, Texas.; and "A Size 18 in Sequins," a feature on Columbia drag queen Patty O' Furniture.

Such films earn the "indie" characterization because they're low budget, experimental in style and don't have "that Hollywood feel," Smith said.

Indie Grits got its start in 2006 when John Whitehead, executive director of the Columbia Music Festival Association, received a grant from the Columbia hospitality tax fund to produce a festival celebrating the city's culture.

One of the pieces on Whitehead's agenda: a film festival.

Whitehead contacted the Nickelodeon about producing a festival and Smith was brought on board soon after to craft a film celebration for Columbia.

"I knew I wanted to create a festival that would stand out a little bit from other festivals," Smith said. "Every city has a film festival and they're all kind of the same. They've become this sort of cookie-cutter thing."

Smith created a festival that aims to spotlight Southeastern films produced on the lowest possible budget. He said the Indie Grits board regionalized the festival to bring focus to Southern creative works and overcome stereotypes that are endemic to the region.

Larry Hembree, executive director of the Nickleodeon, said it was Smith who produced the vision for the fest.

"He's pretty much the brainchild," he said. "Andy came in and said ‘Why don't we create a niche for something a little bit different.'"

Now in its fourth year, Indie Grits is expanding with the Nickelodeon's planned move to the Fox Theatre on Main Street in Summer 2011.

"It will be much bigger even because the ability of having two screens within that one space will be a huge benefit for us," Smith said.

While renovations are still ongoing, Hembree said they plan to use the Fox and other venues on Main Street to promote the festival.

Instead of showing just films on Main Street, the events would be more of an interactive instillation where film connoisseurs can casually walk between the events.

Planning for the festival begins months ahead of time when Smith begins advertising on withoutabox.com, an outlet for independent filmmakers. The Nickelodeon also advertises in local publications and receives mail-in submissions.

Once all submissions are in, each film is then viewed in its entirety by the staff and interns.

Intern Andrew Stewart, a USC senior and media arts major, said the process of watching the films is often tedious, since most of the films are over an hour long.

"There was one day where I think I watched five and I just had to go home and call it a day," he said.  Stewart watches the films at the theatre, in the basement or sometimes brings them home to view.

Stewart said he and the other staff members at the Nick rank the films as either red for rejection, yellow for maybe or green for yes. Smith then reviews the submissions and makes the final call on what goes into the fest.

Smith said the staff plans to get together soon to whittle down the final films for the festival. The films are put into categories like features, shorts, and student films.

During the festival an independent panel will watch the movies with the audiences and judge the films. Smith plans on bringing Indie Grits alumni and film experts to judge this year. Andrea Grover, the director of the Aurora Picture Show, an experimental film house in Houston, Texas will be one of the judges.

A cash prize of $1,500 is given for first place and $500 for the next five winning filmmakers. Smith said he hopes the filmmakers put the money back into their art.

But for Smith and Stewart, the prizes are irrelevant to what the festival truly celebrates in Columbia.

"We're really trying to make a festival that celebrates the South," Stewart said.

Smith said the festival is really about bringing together the film community with the community at large.

He said the festival's goal is "making it clear that media isn't something to be intimidated by.  It is something that should be open and welcoming."