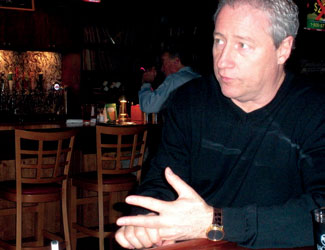 Thirsty Fellow owner Willie Durkin opened his pizzeria and pub after selling his bar in Five Points. He said he spent over $300,000 of personal money to jump start his business venture. 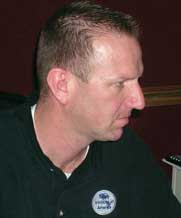 After 19 years of experience as a safety engineer at Honda, Richard Joye decided to take $16,000 from a voluntary severance package to start his business, The Safety Institute of America, training safety professionals. 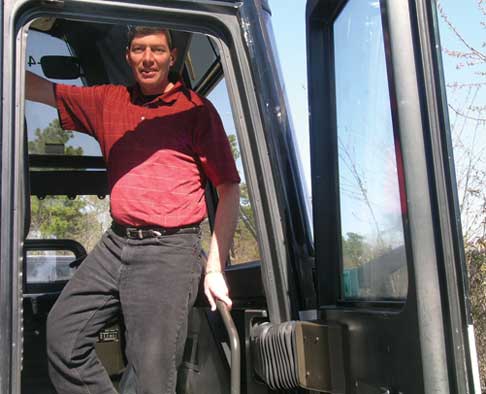 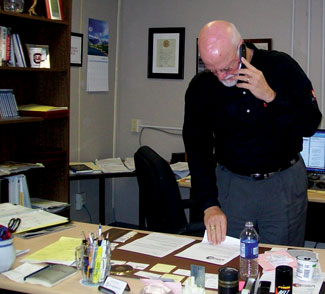 S.C. small-business owners are investing their own money to start businesses or to keep them afloat, regardless of economic woes.

Richard Joye has been using his family's savings to pay the bills since leaving his position as a safety engineer at the Timmonsville Honda plant in October 2008. At that time, Joye decided to take a $16,000 voluntary severance package to start his own business after 19 years of experience in the field.

Joye, who saves money by operating his safety training business out of his Lexington home, is now $10,000 in the hole. But he plans to continue investing his own money in the venture.

"I get up every day and think I might not make it," Joye said of his business, The Safety Institute of America. However, his training classes are beginning to fill up and he says potential with his company is unlimited.

Joye is not alone in his struggle to get his business off the ground. Small businesses need to finance initial or improvement costs, but banks don't usually risk loaning to new businesses, regardless of the economic situation, said Joel Stevenson, the executive director at USC Columbia Technology Incubator. Small business owners still have to take on the entrepreneurial risks.

It's risky but common to use personal finances to keep a business going until it is making a profit, but a lack of discipline can be disastrous, said Jim Gambrell, Columbia's economic development director.

Despite the poor economy, more people in Columbia have been interested in starting businesses in recent months, Stevenson said.

"Their company has been downsized, and so necessity becomes the mother of invention," Stevenson said.

In 2008, there were around 500 more small businesses in S.C., according to the Small Business Administration's statistics. Those statistics, the most recent available, showed:

Stevenson, who has owned four businesses, said most important to a new business's success is the passion of the business owner. Stevenson said successful entrepreneurs are willing to, "pay the price and put up with the pain." They must be willing to put in the time and effort to make their business a success, he said.

Joye, a former firefighter and EMT, did just that by turning his passion into a business.

"I want to keep people from ending up in the obituaries," Joye, 40, said of the safety training classes he offers to S.C. companies like Pontiac Foods in Elgin and Kapstone Paper in Charleston. He has also worked with Baker's Bay Golf and Ocean Club, located in The Bahamas.

But turning your passion into a business is a financial risk. Owners often take out personal loans and credit cards and use personal savings as collateral.

Willie Durkin took this type of risk when he sold his bar, Durkin's, in Five Points to open Thirsty Fellow, a pizzeria at 621 Gadsden St., near Colonial Life Arena.

Although the economy was looking bleak, Durkin decided to make the risky business move. Feeling as though he was "dying a slow death" in Five Points, he decided to move to an area more likely to attract the kind of clientele he was looking for.

Durkin did not let the rocky economy affect his business decisions.

"We could have been easily out of this recession by the time we opened," he said.

Durkin did not try to take out a loan for the business. He invested over $300,000 of his own money into the restaurant from the sale of his business, personal loans and personal credit cards.

He has a lot more invested in the business than just money. "My last day off was December 20," Durkin said.

One local entrepreneur is conscious of the business side while he tries to revamp the struggling, 14-year-old bus business, Southern Connection Tours Inc. David Brought, a 51-year-old Columbia resident, bought the business last June and has since spent many hours calling people to promote the company's improvements.

"You have to talk to people to get your name out there in this business," Brought said.

Brought saw this "sleeping giant" as a challenge and has spent $500,000 of his own assets. Despite the poor economy, he has been able to turn the company around somewhat and said he's not worried about the business at all.

Business for Southern Connection Tours Inc. was up 53 percent and 34 percent in the third and fourth quarters, respectively, in 2009, Brought said.

Financial sacrifices for the sake of a new business can cause some personal cutbacks.

For example, Durkin, a 50-year-old Main Street resident, says he has cut back on buying anything that's not a necessity.

"I am certainly trying to prepare for retirement even though this has thrown a huge curve ball in my financial situation. This is a huge bet, a huge risk, a huge gamble," Durkin said. "You have to watch every dollar because the money is just not coming in like it used to and it may never."