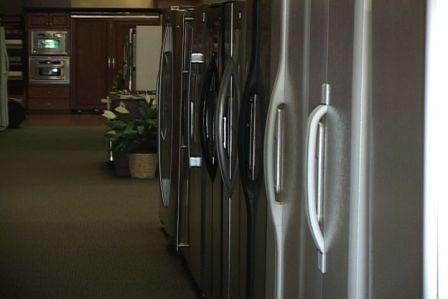 South Carolina has already paid out over half of the $4 million in federal stimulus money it had to reimburse people who buy for energy-saving appliances. The program started Wednesday, but money allotted for rebates on certain appliances - is already gone.

Instant rebate money for kitchen appliances is slowly being claimed. The state had given away less than $400,000 of the $1.95 million available, according to the S.C. Energy Office, which is administering the program.   That money is applied taken off your bill when you buy the appliance at a participating store.

Nora and Rich Campbell of Columbia, didn't want to waste any time replacing their inefficient appliances. They were at The Display Center in Columbia by 10:00 a.m. Wednesday to buy a new refrigerator and dishwasher.

The Display Center's Rick Abercrombie, says the program is great for business.

"We've been busy this morning. There have been people who were pending transactions, ready to pounce when the rebate became effective, I've sold like six appliances today," he says.

Retailers and installers must collect and turn in replaced appliances for recycling.

The rebates range from $50 to $500.  You can click here for more information on the program, a list of participating stores and a list of which appliances are eligible.

Visit SC.gov to check how much money is remaining in the instant rebate budget for kitchen appliances.