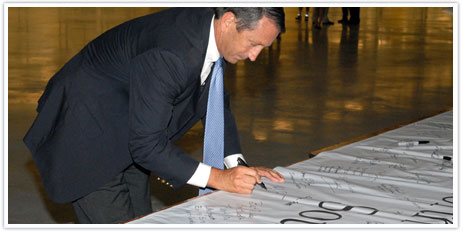 The South Carolina Employment Security Commission will become the Cabinet-level Department of Workforce. The bill overhauls the commission by making its leaders more accountable to the taxpayer and allows the governor to appoint the executive director, said the Governor.

The bill is meant to bring back the core mission of the agency of connecting South Carolinians who are looking for a job with employment opportunities.

The Commission has been criticized by the Governor for doling out millions of dollars in payments to employees who were fired and a failure to investigate fraud. In addition, there was an Unemployment Trust Fund shortfall of nearly $2 billion and mismanagement of duplicate or missed checks.