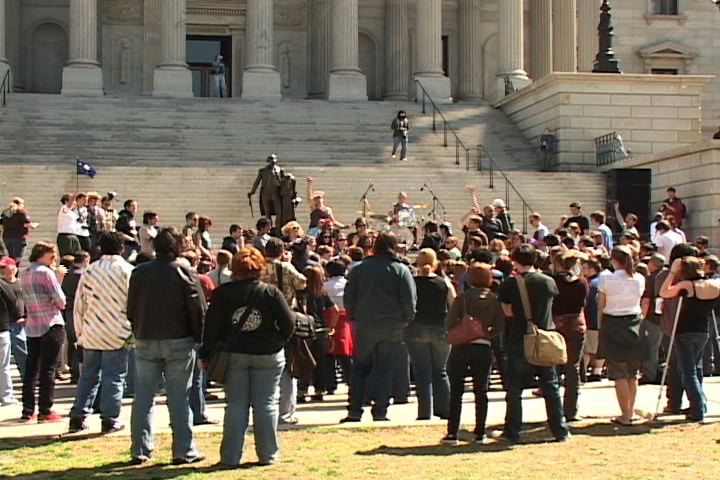 The rally brought in over 200 people to the Statehouse steps. 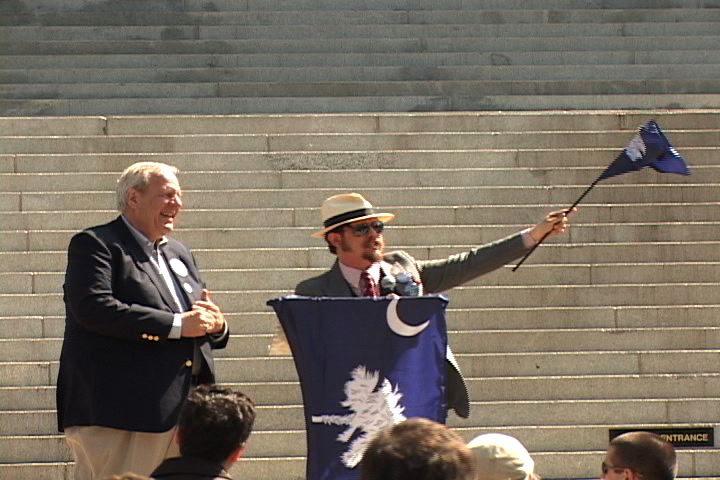 Mayor Candidates Aaron Johnson and Steve Morrison both spoke at the rally.

The Confederate flag has been an issue for South Carolina since it was raised on the statehouse dome in 1962. But its place on the Statehouse lawn, where it was moved in 2000, is still causing controversy.

Columbia mayoral candidate Aaron Johnson was among organizers of a rally on the Statehouse steps in and effort to take down the flag Saturday. They say they want to change conversation about the flag and promote a positive message to take it down.

"My big goal is to suck the emotion and bitterness and the hatred and the anger out of it and to turn it into a reasoned discourse for both sides," says Johnson.

While most people at the rally wanted to see the flag come down, people on both sides of the debate were at the rally and able to share their views.  Jason Couts wants the flag to stay.

"I think people should be more receptive of the rebel flag,...a lot of people don't understand it true meaning," says Couts.

"Its kind of an insult to me that as a citizen here that's what represents me, because it;s not something that everybody here can agree on," says Hannah Lathan, who is in favor of removing the flag.

Steve Morrison, another Columbia mayoral candidate, was also at the rally. He says the flag is holding the state back.

"I believe that it's bad for the economy, it's bad for business and it divides most importantly our community," says Morrison.

No legislation has been introduced to take down the flag down. Morrison says if he is elected he will lead the charge to get the flag removed.