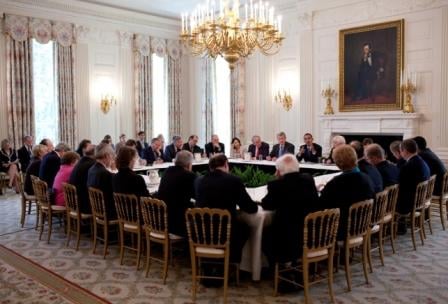 Many Americans are wondering the new healthcare bill just signed into law by President Obama will affect them. Several key points will change healthcare dramatically and immediately.

People with pre-existing conditions and who were denied health insurance before, may now be able to receive it.

USC student Hank Dehart says he won't have to worry so much about finding health insurance after graduation. Dehart has a rare heart condition that makes him dependent on his parent's insurance. He would have lost that coverage after graduation, when he turns 21.

The new healthcare law requires every individual to have health insurance, and makes sure some people can't be denied coverage.

Some of the changes going into effect include:

People who have been unable to obtain coverage because of pre-existing conditions will be able to purchase it from special high-risk insurance premiums.

Children will be allowed to stay on their parent's insurance until they are 26 and cannot be denied due to pre-existing conditions.

Insurers will be prohibited from canceling policies if you get sick, except in cases of fraud.

Lifetime coverage caps will be prohibited.

Twelve state Attorney's General, all of them Republican, say they will sue to block the bill, claiming it is unconstitutional to force people to buy health insurance.