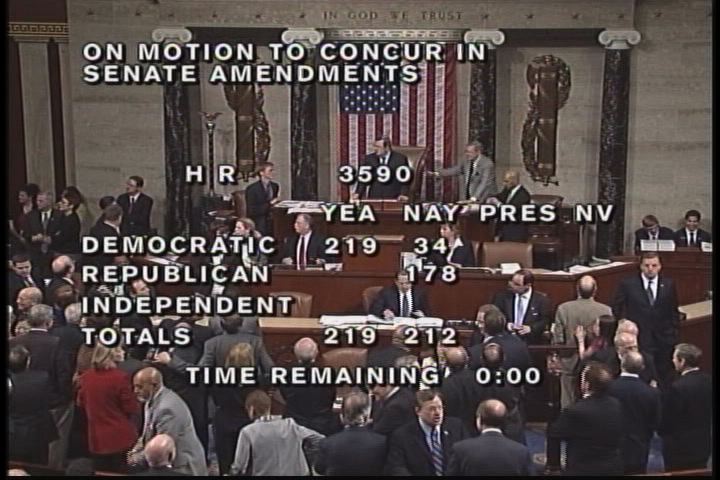 The newly passed healthcare legislation was signed into law today by President Obama.

Democrats passed the reform legislation late Sunday evening with a 219 to 212 vote.  After more than a year of bitter debate between the Democrats and Republicans over the bill, 34 Democrats and 178 Republicans voted against the bill in the House.

Republicans unanimously opposed the nearly trillion dollar bill saying it was crafted without their input and lacked broad public support from the American people.

"Look at how this bill was written.  Can you say it was done openly, with transparency and accountability, without backroom deals and struck behind closed doors?  Hidden from the people? Hell no, you can't," Republican Minority Leader John Boehner says.

The bill was finally passed after an executive order was issued by President Obama saying that no federal money can be used to fund abortions, something that socially conservative Democrats oppose.

Democratic leaders are simply excited that a year of fighting is over with.

"It's with great pride and humility that we undertook this great act of patriotism that occurred on the house floor tonight," House Speaker Nancy Pelosi says.

Now a sister bill, sometimes called the fix-it bill, full of changes made to the original legislation passed by the House is making its way back to the Senate for approval.  Republican leaders are hoping to delay its passing by claiming issues with the way the bill was passed in the house.

If Republicans are successful with their efforts, it could lead to changes in the bill that will require it to go back through the house.