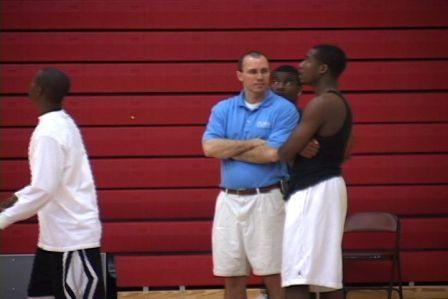 A. C. Flora Basketball Coach Austin Coleman standing with one of the players.

Crimestoppers and A. C. Flora High School teamed up over the weekend to host a 3-on-3 tournament to raise money for it's program and the school's basketball team.

Crimestoppers is a nonprofit organization that gives rewards for tips that help solve crimes. The reward money comes from donations, so Forest Acres Police Lieutenant Bryan Hinson hopes the tournament will bring in more money.

"We're paying out a lot more, and when you're paying out...the money's got to come from somewhere," says Lt.. Hinson.

About $3,000 was raised. It will be split between Crimestoppers and A. C. Flora High School that hosted the tournament.  A. C. Flora basketball Coach Austin Coleman says that money can be used to get new uniforms and equipment.

"Our district, you know, has to use the money to pay for teachers, and books and things of that nature, so everyone is trying to come up with creative ways to raise money," Coleman says.

The tournament's organizers were pleased with the turnout, and they are looking forward to next year's tournament, thinking of ways to make it bigger and better.