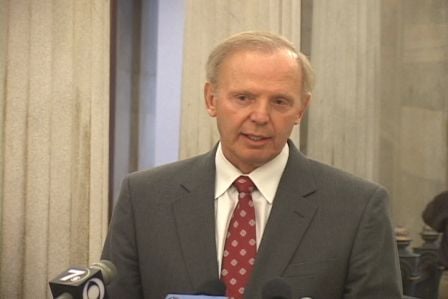 Orangeburg and Bamburg Representative, Bakari Sellers was one of the last representatives to leave the state house early Thursday morning. Along with being exhausted he was also very disappointed with the outcome.

"We're laying off teachers, were laying off correctional officers, but it's a wide spread problem that deals more with fifteen years of bad fiscal policy that came to a head and bad tax policies,"  said Sellers.

South Carolina Superintendent of Education and gubernatorial candidate Jim Rex was critical of the budget decision.

"No one is going to escape the carnage of what the house passed last night, he said."

Rex says schools across the sate will feel the impact if the Senate passes the proposed cuts.  He emphasized the severity of these cuts when he said there wouldn't even be enough money to run school busses after March of next year.

Last year, fifteen million dollars was cut from Richland County One School District's budget because of cuts in state money.  Richland One spokesman Karen York is worried about how the school district will handle further cuts.

"When we have budget reductions and cut after cut after cut, it becomes increasingly difficult to be able to make those kinds of reductions with out having a significant impact on the staff,"  she said.

The cuts will cause a chain of problems. York says the school will run into a major problem if more teachers have to be laid off and the number of student keep increasing.

The bill is now in the hands of senators and Rex say's he's concerned about the final measure.

"I'm hoping in the Senate we will see a different outcome, we won't though unless people demand it, most of our elected officials and this isn't just a South Carolina, it's everywhere, are primarily interested in getting re-elected," he says.

Rex says many state officials are only thinking about getting re-elected.  He wants lawmakers to increase the state cigarette tax to a $1.24 per pack and use the money to prevent teacher layoffs and keep school busses running.