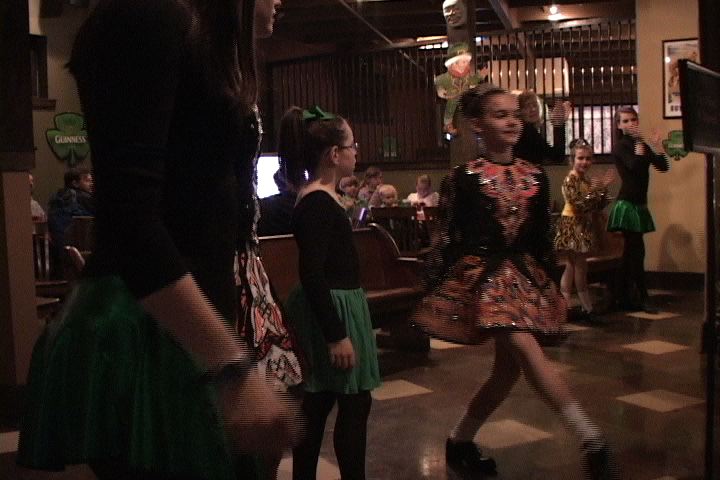 What would St. Patrick's day be without Irish dancing?

Girls from Rincenah'Eireann School of Irish Dancing performed at Rockaway's on Rosewood Drive in Columbia Wednesday night to kick off the Irish celebration. They pointed their toes and kicked their legs while moving all around the bar.

"Irish dance has become a lot more athletic than it was in the past. There's still a graceful element but there's a lot of athleticism involved in it," she says.

The audience enthusiastically clapped to the beat as the girls danced.

Twelve year old Simone Decoteau began dancing at the age of three. She says part of the reason she became involved with Irish Dancing was because of her great grandmother.

"It's special to me because my family's from there and it makes me feel like I'm getting some of the heritage," said Simone.

Whether celebrating the Irish holiday by performing or watching, everyone at Rockaway's had a smile on their face when the dancing began.