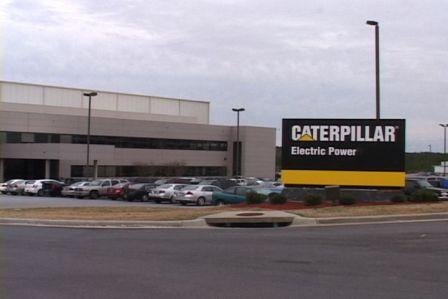 This expansion will bring change to the county, according to Newberry County Administrator Wayne Adams.

"Anytime you have double digit unemployment in a small county and you add 500 jobs, that is a vast improvement in opportunity for people who work in the county," said Adams. "Ultimately, you know it could affect housing, money spent in the local economy, sales tax revenues, and property tax revenues. It has sort of a rolling effect."

The expansion is exciting to many Newberry residents.

"I think it'll be great, I think it'll help to bring not only new jobs but new people to the area. I'm sure Caterpillar will have some coming from other areas," said Colleen Hauffman who lives in Newberry.

"Five hundred new jobs and they always say families live close to where they work, so you'll probably get 300 new families," said Tim Howard, a graduate of Newberry College. "So you'll have that much more money coming to the county, maybe more kids in the schools."

Caterpillar says it will begin hiring this year and construction will be completed in the next few years.