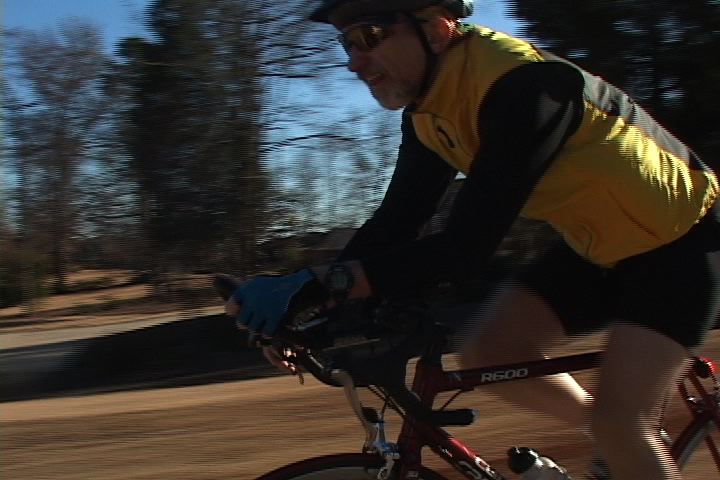 At the age of 55, many people are planning for retirement. But for Patrick Hickey, age is not a factor.  He has probably done more in the past ten years than many do in a lifetime.

Hickey is a registered nurse and professor at the University of South Carolina In 2001 he began climbing the seven highest mountains in the world to conquer his fear of heights and prove to his friends he could do it.

"I'm turning 55 and sending a message out there, kind of a challenge to other 55 year olds, he says."

In 2005 however, Hickey says he began to realize that completing such an amazing feat could not only benefit himself, but his students as well.

Hickey started the Summit Scholarship in the USC nursing program. For every foot he climbs, a dollar is donated to nursing students in need.

But after he climbed Mount Everest he says he was left with an incomplete feeling.  He felt that he had more to give toward raising money for nursing students, and toward completing his life goals.

" I've done a little of everything but only because it's exciting and I guess after 30 yrs of nursing I've seen too many die and I can say I lived and did everything I could," Hickey says.

What was next on Hickey's bucket list? He chose to compete in an Ironman triathlon and says that he was motivated by his fans.

"I think I had a let down when I came back from Everest because people said what are you going to do now?" Hickey said.

The triathlon will be in Louisville Kentucky on August 29, leaving Hickey just six months to train.He will swim 2.4 miles, bike 112 miles and run a full marathon at 26.2 miles, all in under 17 hours.

Hickey has also found some help in one of his nursing students who shares the same passion for fitness.

"I feel like I'm a little kid going back to school. It's this weird relationship. I'm his professor but he's my professor but it's really comforting to have someone there to say you're doing great your progressing well, "says Hickey.

Switching the roles of professor and student is Christian Simensen, a nursing student who also coaches Hickey in swimming and cycling. He says he's thrilled that he can be a part of such a great cause and coach a man who has been such a positive inspiration in his life.

"It's awesome I like coaching by itself but to be able to help somebody that's got such lofty aspirations and drive for all these sorts of things it makes it especially fun to watch the progress, "says Simensen.

Hickey travels across the country telling stories about his successes and how he was able to raise over $26,070 for USC nursing students. He also blog's about each mountain he climbs and encourages everyone with his motto.

"If I can do it you can do it too...and I don't mean the mountain climbing piece I mean the whole picture, he says."

Hickey's students remain his first priority. He says he is doing this to show them that they can succeed no matter what.

"I'm excited about crossing the finish line, accomplishing that goal and showing my students, he says".

Hickey says his age is one thing that will never hold him back.

"I mean I may be 55 physically, but mentally I feel like I'm mid to late 20's. I feel like age isn't a barrier and I feel like I can do anything and everything," he said.