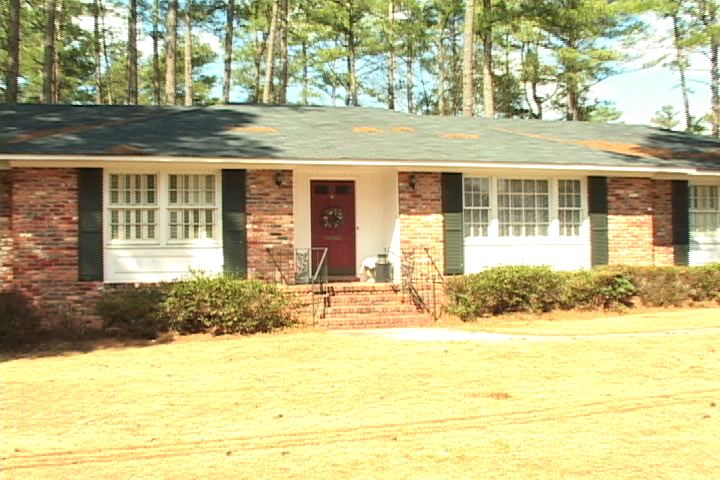 Marion McDonald is finding selling his mother's house at 1207 Greenlawn Drive harder to sell than he expected.  It isn't an issue of price.

And he has a buyer, the Smoak Insurance Agency. The agency is currently located on Bluff Road but the company's owners, brother and sister Richard Smoak and Robin Newton, want to move the business to Greenlawn Drive because it is an area they are familiar with and like.

"We looked into buying a residential home and turning it into a commercial office because its in a good area where we want to be," says Richard Smoak.

With businesses so close already, and traffic so high on the street, McDonald feels an office inside the home would be a good fit for the neighborhood.

"We've got seven statements.  Written statements from folks, that absolutely agree with what we're trying to do.  Who have no problem with it, that think that it would just be natural fit," says McDonald.

In this case, the right price and a willing buyer weren't enough to make the deal.

The Columbia city council rejected the proposal to rezone the house from a single family residence to an urban transitional district. That change would have allowed the insurance office to move into the home.

"Right now you have a very clear demarcation line going up and down Greenlawn, uh, that on the western side of Greenlawn, it is single family residential," Mylott says.

Some people in the area argued against the change saying it could cause a domino effect, the first step to commercial businesses taking over the neighborhood.

The owners of the Smoak Insurance Agency say that isn't their intention.

But what next, now that Columbia City Council won't allow rezoning?

"If we're able to sell this home it's going to be drastically reduced from what we feel is the fair market value.  And because of…just because of what you see," McDonald says.

So right now the future is unclear for 1207 Greenlawn Drive.  But what is clear, is that there won't be an office of any kind moving inside the house.  Not under the current zoning classification.

And McDonald's home will stay on the market for a little longer.