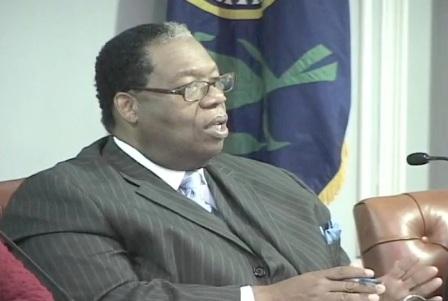 The council scheduled the election to coincide with the April general elections. Denman's lawsuit claims the April 6 date would mean candidates for the seat would have only two weeks to campaign.

If Denman's lawsuit is successful, a special election will have to be scheduled and the city would be required to notify the public at least 90 days in advance.

Cromartie, who held the seat for 27 years, resigned the seat and surrendered his license to practice law after the guilty plea.  He will spend one year in prison.    .

Some Columbia residents, like James Mack, were shocked by the charges and resignation.

"They say he was a leader.  If you're going to be a leader … I guess not taking care of his personal things like that. That's kind of hard to look up to a person like that," said Mack.

Some business owners, like Dan McCallister of Loose Lucy's in Five Points, viewed Cromartie as an ally.

"I would hope that whomever becomes the new councilperson for that district ... would represent the people with all the energy and enthusiasm," said McCallister.