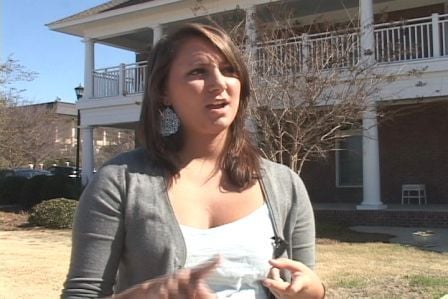 Just as Mexico begins to welcome more spring break visitors, violence is threatening tourism in the country.  The U.S. Department of State has issued a travel alert to U.S. citizens traveling to Mexico because of violence involving that nation's drug cartels.

"I had... a little Vera Bradley satchel, so I had my debit card, one hundred dollars cash, ID and like a cell phone all in it, in like a side purse," said Anastasia.

She was in Key West for spring break when she was robbed.

"I reached in my purse and it felt really light and I realized my cell phone in the little thing was missing," said Anastasia.

This left her with nothing.

"What sucks is that I was like fifteen hours away, so I had no cell phone, I had took all my cash out with me and my debit card so I didn't have anything," she said.

Grabski says students should be aware of where there belongings are, even if it means keeping your wallet in your front pocket.

"I learned to make sure to keep your purse zipped, put it in front of you, and don't take all your money when you go out," said Anastasia.

Grabski says to be safe wherever you go, whether it be Mexico or in the states.

If you're planning a trip to Mexico there are things you need to know before you go!