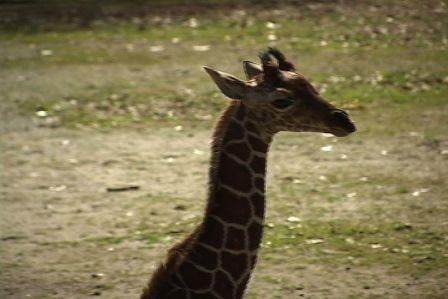 The new baby giraffe hangs out in the public exhibit at Riverbanks. 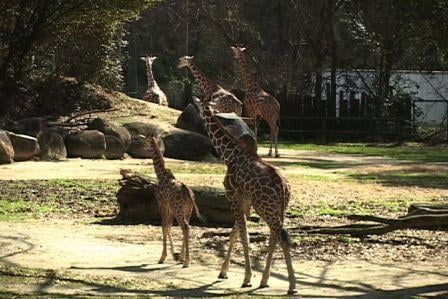 The giraffe at Riverbanks wander around the public exhibit, staying close to one another.

"He's smaller than I thought to be, honest, I thought he would be a little bigger, he's very cute," said Riverbanks Visitor Julian Priebe.

"People are surprised to learn how large they are when they are born," said Riverbanks Zoo spokesman Lindsay Burke.

The four week old giraffe was born during South Carolina's snow storm in February. He already stands six feet tall and weighs over 150 pounds. The yet un-named toddler looks small next to his  18 foot tall parents and his larger half-brother and half-sister.

The new baby giraffe seems to be a good fit for the Riverbanks giraffe family of seven. Riverbanks hopes that his presence will bring more visitors out to the zoo.

The new giraffe is already a month old but he still doesn't have a name.   Riverbanks will hold an  auction later this month with the winner getting to name him.

The baby giraffe is only allowed out in the public exhibit when the temperature is above 60 degrees. With warm weather in the forecast, visitors should have plenty of opportunities to meet the newest member at Riverbanks.