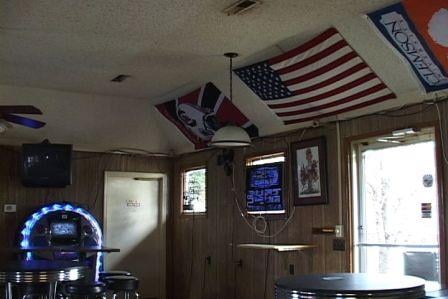 The Hells Angels motorcycle club will hold a fundraiser event Saturday that will begin in Lexington and stretch to Columbia and some people are nervous about it.

The bikes are coming to the Midlands to raise money for legal fees and bail, after Las Vegas police raided six Hells Angel's homes last November. The rally is called the "Sin City Six Defense Fund."  The fundraiser will be held at the Doghouse Bar in Downtown Lexington.

For some people, the club's name alone is causing a stir.

"When you say Hells Angels, I raise my eyebrow a little," said Charline Spangler, who lives in Lexington.

"There's a lot of negativity out there but the positive side is, this town probably stands to making, Friday and Saturday, upper $50s to $60s thousand, and that's easy saying that," said Biedrycki.

Leslie Smith owns a neighboring hair salon. She says she is not worried.

"Half of them in here was talking about taking Saturday off," said Smith. "I didn't know nothing about it. I don't care."

But Lexington County Police Department say they do care. A spokesman said they didn't want to give a gang who has killed before any extra publicity and the department will be taking extra security measures this weekend.