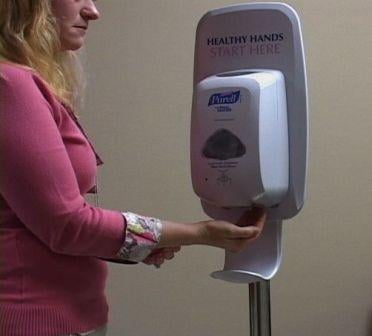 The swine flu virus has been a concern on campus throughout the school year.  Nicole Carrico, from Student Health Services, says many students were hit by the swine flu during the fall, as people came together for things like USC football games.

Carrico says that so far this semester the swine flu has not been a major issue.

"Now we're at about one, two, three cases a week and so the numbers are really back to what they were before the fall outbreak of H1N1 here on campus," says Carrico.

There is a still a possibility of a third wave of the swine flu will hit, so Carrico recommends students continue to use hand sanitizer stations put up around campus.  That third wave is expected to hit around spring break.

The H1N1 vaccine is available at the Thomson Student Health Center for free.