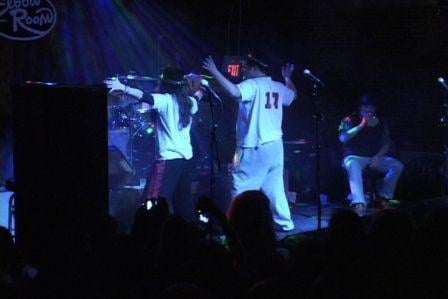 One of the Miss Venus contestants dancing for the title.

USC's Sigma Chi Derby Days came to an end Saturday, and Zeta Tau Alpha sorority took the Derby Hat title! The derby hat is the symbol of the philanthropy efforts of Sigma Chi and through out the week you could spot Sigma Chi members sporting derby hats around campus.

Each USC sorority battled for the prize derby by donating, having a large chapter attendance at Wednesday's show, and by winning daily competitions through the week.

Zeta Tau Alpha jumped to the lead when Victoria Ram took home the "Miss Venus" title Wednesday night.  The sophomore was excited about winning but said she really competed "for the kids."

"This whole entire week, it's so perfect that they (Sigma Chi) use the competition within Greek Life to bring us all together for such a great cause and like they say it's all for the kids and I just have fun doing this kind of thing," she said.

Taylor Bone, a new member of Sigma Chi, says the group get involved because it is important for Sigma Chi to give back.

"Raising a lot of money for the kids it's just great. They're a bunch of great guys and it's a great thing to do," he says.

The Miss Venus pageant alone raised over a $1,000 for the charity.  All of the money raised through out the week will be donated to Children's Miracle Network.