Statewide competition has runners racing for the finish - DatelineCarolina 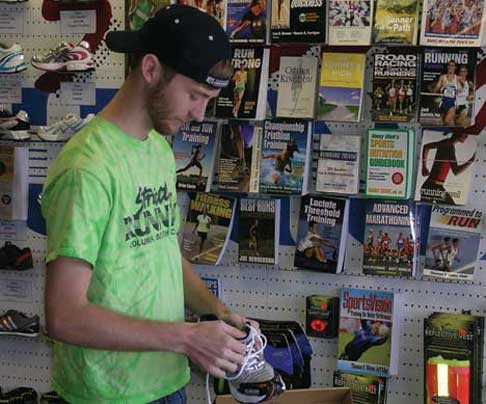 Statewide competition has runners racing for the finish

Statewide competition has runners racing for the finish

The South Carolina Strictly Running Palmetto Grand Prix draws athletes at every level from across the state to compete in local road races.

The Grand Prix is a series of individual races that rewards points to runners finishing at the top of their age division. There is an open division for everyone under 40 and four masters divisions: 40 and over, 50 and over, 60 and over, and 70 and over. Runners may receive points in multiple divisions if qualified for each division. Each age group has a male and female division.

Sarah Stiner, who just moved to the area, wants to participate in the Grand Prix for the first time.

"It is definitely on my radar for the simple reason it brings on other competitive women, and it is a way to show that I was decently competitive at the local level," Stiner said.

Strictly Running Racing Team Director Mark Bedenbaugh says that since Strictly Running began sponsoring the event in 1994, it has made a goal to provide runners with a well-organized and professional racing series.

"We try to give runners the best of the best," Bedenbaugh says.

Each race on the Grand Prix circuit is USA Track and Field certified, and race organizers bike courses with a GPS device to make sure the distances are exact.

"They want to know that their times are legitimate and the course they run is the exact distance it should be," Bedenbaugh says.

The Grand Prix is just one point-based running competition in the state. The Columbia Running Club sponsors the Tour De Columbia, and the Greenville Track Club awards members points for competing in certain races.

Orinthal Striggles, the 2009 Grand Prix open division winner, says he didn't initially set out to win. But when he saw he had a chance to win, he strategically picked races that were going to be the most competitive.

"I picked Grand Prix races over others on the same weekend because I knew that if I didn't run a Grand Prix race, one of the other top guys would get a point advantage," Striggles said.

Striggles hopes to qualify for the Olympic Marathon trials, but he says winning the Grand Prix is special because it's the premier running competition in the state.

"I am blessed that I am able to run and compete and do well in so many local races. It really gives me pride," Striggles said.

Bedenbaugh says that while the Grand Prix began as a way to get more runners on the roads, it has evolved into a competitive race for points.

Though the Grand Prix does not allow runners to compete in two races of the same distance on the same day, it does allow same-day but different distance racing. Bedenbaugh says the fact that many runners choose to run two races on the same day is a testament to the series' competitiveness.

"You would be amazed at what they would do to get points," he says.

"It's crazy how serious the top guys and girls are," Lybrand said.

While competitive runners like Striggles and Stiner compete in the Grand Prix, Bedenbaugh says there is also a place for the recreational runner who isn't interested in point totals.

"The roads are open to anyone, and it's just not about the elite. Anyone can do it, and all you have to do to participate is show up and run the race," Bedenbaugh said.

Coleen Strasburger, 48, is one of those recreational runners. She says she runs only the most popular races and doesn't worry about points.

"I like to try and do well in my age group, but I'm not that competitive. Maybe a little, but anything that gets me out running I think is great."