Columbia Music Scene on the Rise 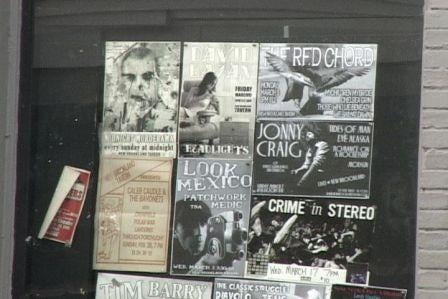 Venues like New Brookland Tavern bring in many upcoming artists

The music scene in Columbia has been picking up.  Jimmy Buffett was in town for a concert this week and big national artists like Taylor Swift, Carrie Underwood, and comedian Jeff Dunham are all slated to perform in Columbia in the next few months.

Otis Taylor has been covering the music scene in Columbia for the last eight years for The State newspaper. He feels the Colonial Life Arena has helped Columbia compete for big name acts.

"On a national level the new arena has attracted larger scale entertainment and has turned this market which is tertiary.. its allowed us to get performers which we wouldn't normally get," says Taylor.

He says venues like New Brookland Tavern, Elbow Room, and The Whig showcase many upcoming artists from the Southeast.

Taylor says that as local acts gain more national recognition, they, in turn, help Columbia music venues bring in more artists from around the region and country.

Taylor believes the revitalization of the Main Street area, including the new location of the Nickelodeon theatre, will help attract more artists to that part of town.  He says that Columbia has the tools to compete for talent with big cities around the country.

"Look we're a capital city it's opportunity it's a college town it's a big college town it just has to be done I think the seeds are there," says Taylor.