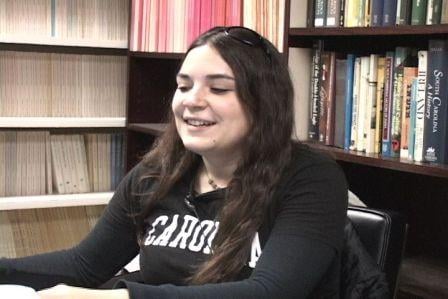 Megan Gold is a member of the Millennial generation who has found it difficult to keep up with religion. 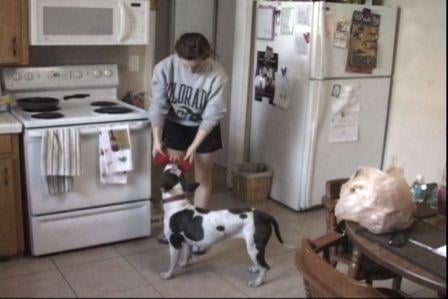 Maggie Hoppe is one USC student who finds it difficult to make it to church weekly.

A new study by the Pew Forum on Religion and Public Life found members of the Millennial generation, people born in the 80s and after, are significantly less religious than previous generations.
The study found 26 percent of the current generation of 18 to 29 year olds do not claim a religion, as opposed to 20 percent of the previous generation and 13 percent of Baby Boomers.
USC religion professor Dr. Kevin Lewis says the need to find one's self after leaving home plays a large role in this statistic.
"Each of us have to find our own religion.  For many of us, it's that of our parents and grandparents, but for some of us or for many more of us many or all of the time, we become shoppers," Lewis said.
The study also found church attendance is down. Only 18 percent of Millennials say they attend church weekly. Twenty one percent of Gen X'er's and 26 percent of the Boomers say they did.
Lewis and USC student Maggie Hoppe agree that finding people to go to church with, and finding a place you are comfortable going to, are big hurdles in practicing your religion.
"When you're home, you don't go to church by yourself. Usually you go with your family or you have friends from church that you can meet at church, but I know especially for me that was hard not having anyone to go to church with and getting used to going to church by myself," Hoppe said.
Religion grad student Megan Gold believes the changing face of American culture is a big factor in these statistics.
"I think that what we're seeing now is just a different evolving understanding of what it means to be a religious or spiritual person in the modern world," Gold said.
The Pew Study included 35,000 surveys conducted in 2008 involving members of the Millennial generation.